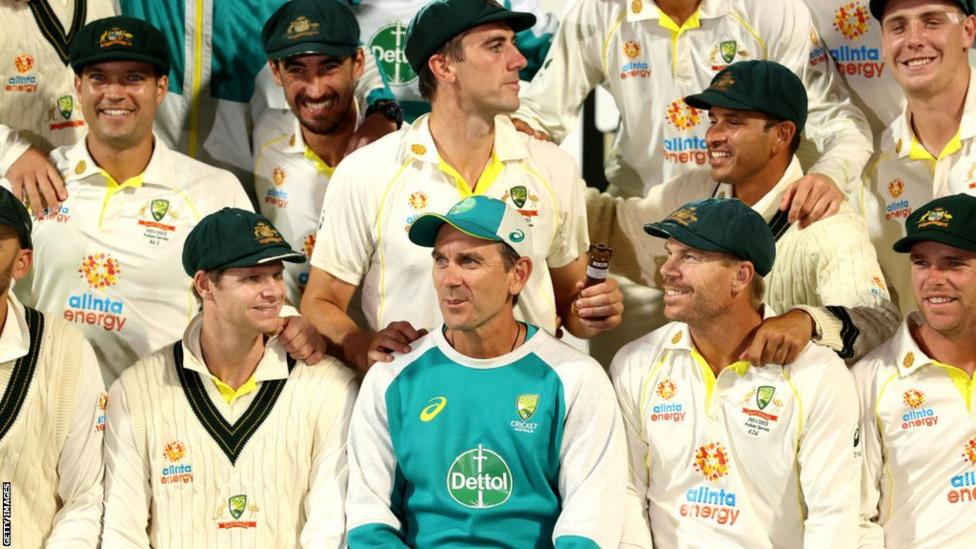 Ex-Australia coach Justin Langer says some of his former players were “cowards” for making complaints about him in the media.

He resigned in February having been offered a six-month contract extension despite winning the T20 World Cup and beating England 4-0 in the Ashes.

“Everyone was being nice to my face,” Langer, 52, told the BackChat podcast.

“But I was reading about this stuff and half of it, I swear to God and on my kids’ lives, I could not believe that is what was making the papers.

“A lot of journalists use the word ‘source’. I would say, change that word to ‘coward’.

“Because what do you mean ‘a source says’? They’ve either got an axe to grind with someone and they won’t come and say it to your face, or they’re just leaking stuff for their own agenda. I hate that.”

“I am disappointed by Justin’s comments unfairly criticising some of our players,” Hockley said.

“Regular formal and informal opportunities to provide and receive feedback took place throughout his tenure, which is consistent with a high-performance environment.

“Following a comprehensive process, Justin was offered a short-term contract extension, which he rejected.”

In May Langer criticised Richard Freudenstein, then acting chairman of Cricket Australia, for his lack of support.