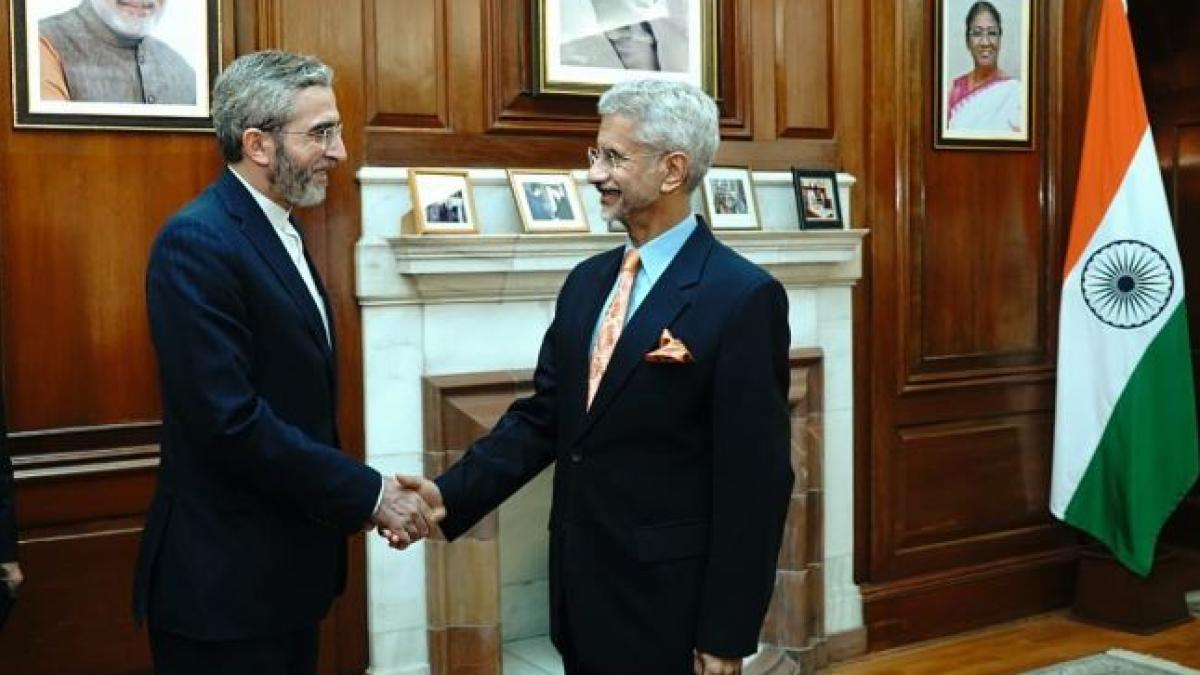 During the meeting, which took place in New Delhi, the two ministers discussed ways of strengthening the historic UAE-India relations, under the framework of the comprehensive strategic partnership between their countries.

They also discussed the prospects for boosting trade and economic bilateral relations, within the framework of the Comprehensive Economic Partnership Agreement (CEPA), which their countries signed in 2022. Moreover, the meeting explored bolstering the two countries’ collaboration in the health and technology sectors, given their vitality as drivers of their developmental goals.

Sheikh Abdullah and Jaishankar exchanged views on a number of issues of mutual concern, as well as on the latest developments in the regional and global scenes.

In addition, the meeting discussed India’s priorities as the 2023 President of the Group of Twenty (G20), and ways to enhance the UAE’s participation in the Group’s activities, serving as a guest country for the second consecutive year, as well as boosting the contributions of the private sector in both countries to the G20’s activities, given the sector’s pivotal role in driving sustainable development.

They also reviewed the prospects of the UAE-India cooperation at the level of multilateral groups and organisations, be it through existing partnerships such as the I2U2 Group, or future cooperation opportunities with BRICS, an informal grouping of Brazil, Russia, India, China and South Africa, and the Shanghai Cooperation Organisation.

Sheikh Abdullah stressed that the UAE and India and their leaderships share strong, historical ties, with their partnership yielding many an achievement that drive sustainable development in the two countries.

In line with the UAE-India CEPA, we are seeking to boost our economic cooperation to achieve our ambitious goal of raising our non-oil trade value to around US$100 billion in the next five years, H.H. Sheikh Abdullah added.

He underscored that the various successes achieved through the UAE-India ties are the fruits of the visions of their leaderships to establish a world-leading model of partnership and cooperation that boost sustainable economic growth and prosperity.

Sheikh Abdullah expressed his eagerness to see a new and prosperous chapter in their countries’ cooperation and multipartite work that would contribute to raising their status regionally and globally.

After the meeting, Jaishankar hosted a luncheon in honour of H.H. Sheikh Abdullah and his accompanying delegation.

SriLankan Airlines is set to renew its commercial operations to China in the first week of April 2023, with a thrice-weekly service each to Shanghai, Beijing and Guangzhou as China reopens its borders, SriLankan Airlines announced on Thursday.

BBC reported that a driver who rammed a bus into a busy nursery in Quebec, killing two children, has been charged with first-degree murder. Six children were injured in the incident – including some who became trapped under the vehicle – in Laval, near Montreal, on Wednesday morning. Police believe the suspect, Pierre Ny St-Amand, […]

BBC reported that Turkey’s president Recep Tayyip Erdogan has defended his government’s response to two catastrophic earthquakes, saying it was impossible to prepare for the scale of the disaster. Over 15,000 people are confirmed dead in Turkey and northern Syria. Critics claimed the emergency services response was too slow and the government was poorly prepared. […]

A.H.M. Fowzie was sworn in as a Member of Parliament this morning (09). He fills the vacancy created by the resignation of Mujibur Rahuman .

Germany s former chancellor Angela Merkel on Wednesday received a prestigious UN award for opening her country to refugees during her time in office.

The Colombo Chief Magistrate has informed to the Criminal Investigation Division (CID) that a warrant will not be required for the arrest of State Minister Diana Gamage, in the event she has violated the Immigration and Emigration Act.

Video: CARDANO MORE THAN DOUBLED!!! | SOLANA, MATIC, HADERA, AND BAT TOKENS
Video: AI CRAZE IS A NONSENSE!!! | I REITERATE THIS IS A BULL MARKET!!!
Video: SAND BECOMES A GAME CHANGER!!! | WILL POWELL SAVE CRYPTO???
Video: පවල්ගේ අද කතාවේ දී මොකද වුනේ???
Video: THE EXPLOSIVE GAMING ALTCOIN THAT IS YET TO MAKE A BIG MOVE!!! | GRT, ICP, AND SHIBA INU
Video: THIS IS THE ALTCOIN WHALES ARE BUYING RIGHT NOW!!! | DOGECOIN, LIDO, AND RENDER TOKEN
Video: THE LATEST REVELATION ON THE NEWEST CRYPTO SPACE!!! | CRYPTO