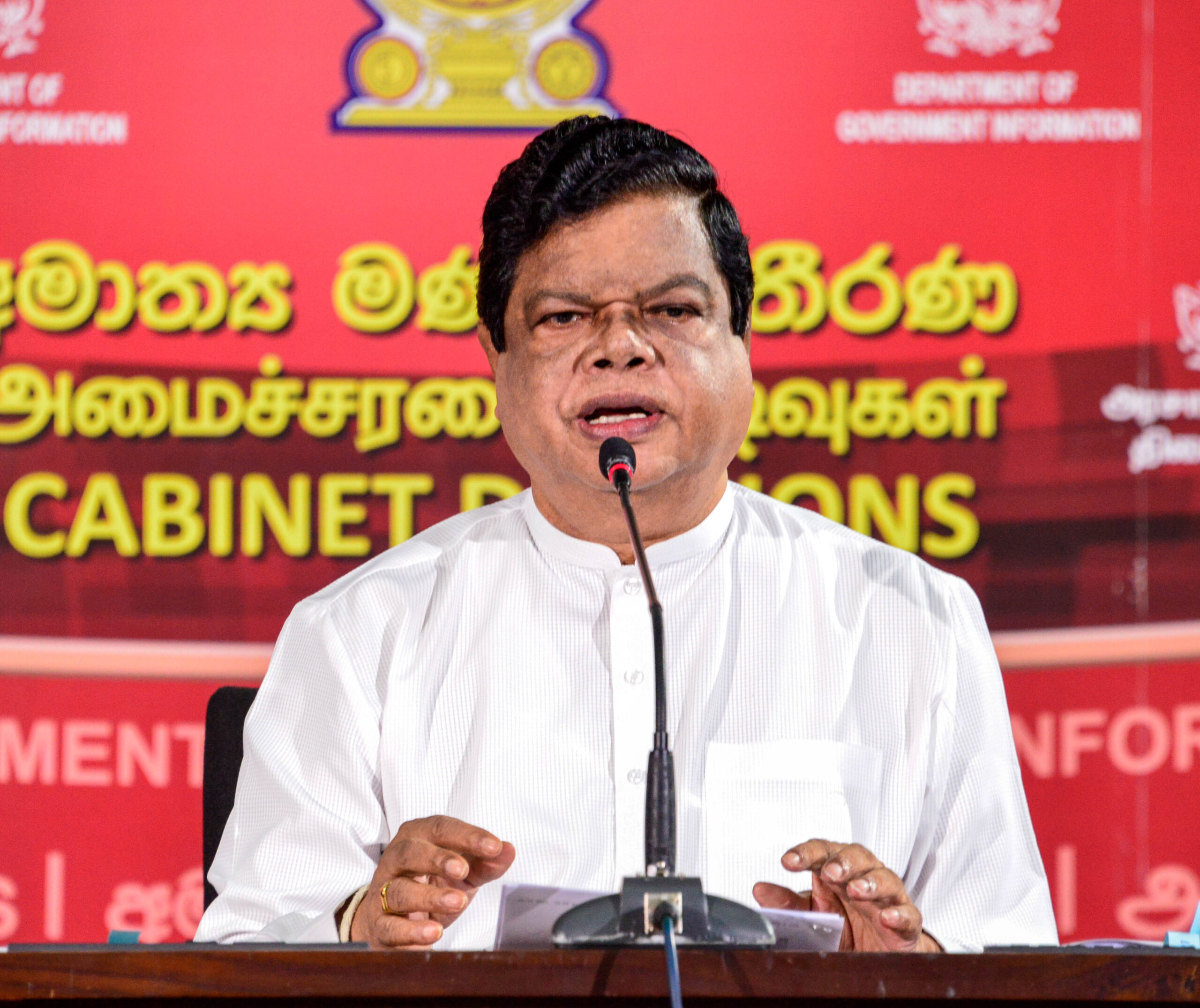 The media has been accused of damaging Sri Lanka’s image by publishing negative stories and photographs.

He said that tourists are not convinced they can move around Sri Lanka freely.

Gunawardana said tourists are reminded of images of protesters blocking access to the airport, Parliament unable to convene, people bathing in the swimming pool at the President’s House, and fuel queues.

He said these images spread on social media and made it to the front page of the print media.

Gunawardana said that that this damaged Sri Lanka’s image.

The Minister said that the media and social media that ensure Sri Lanka’s image is not damaged, will be bringing respect to their land of birth. (Colombo Gazette)

Former Sri Lankan President Gotabaya Rajapaksa revealed that the money found by the protesters in the President’s House in Colombo on July 09, 2022 was his personal money and that it was due to be distributed among the people.The post Gotabaya Rajapaksa claims cash found at President’s House was to be distributed among people appeared first on Sri Lanka News - Latest Breaking News in Sri Lan...

The Colombo Chief Magistrate has informed the Criminal Investigation Division (CID) that there is no need for a warrant to arrest State Minister Diana Gamage if she has violated the Immigration and Emigration Act.The post CID can arrest Diana Gamage without warrant – Court tells CID appeared first on Sri Lanka News - Latest Breaking News in Sri Lanka - ONLANKA News.

SriLankan Airlines is set to renew its commercial operations to China in the first week of April 2023, with a thrice-weekly service each to Shanghai, Beijing and Guangzhou as China reopens its borders, SriLankan Airlines announced on Thursday.

BBC reported that a driver who rammed a bus into a busy nursery in Quebec, killing two children, has been charged with first-degree murder. Six children were injured in the incident – including some who became trapped under the vehicle – in Laval, near Montreal, on Wednesday morning. Police believe the suspect, Pierre Ny St-Amand, […]

BBC reported that Turkey’s president Recep Tayyip Erdogan has defended his government’s response to two catastrophic earthquakes, saying it was impossible to prepare for the scale of the disaster. Over 15,000 people are confirmed dead in Turkey and northern Syria. Critics claimed the emergency services response was too slow and the government was poorly prepared. […]

A.H.M. Fowzie was sworn in as a Member of Parliament this morning (09). He fills the vacancy created by the resignation of Mujibur Rahuman .

Video: CARDANO MORE THAN DOUBLED!!! | SOLANA, MATIC, HADERA, AND BAT TOKENS
Video: AI CRAZE IS A NONSENSE!!! | I REITERATE THIS IS A BULL MARKET!!!
Video: SAND BECOMES A GAME CHANGER!!! | WILL POWELL SAVE CRYPTO???
Video: පවල්ගේ අද කතාවේ දී මොකද වුනේ???
Video: THE EXPLOSIVE GAMING ALTCOIN THAT IS YET TO MAKE A BIG MOVE!!! | GRT, ICP, AND SHIBA INU
Video: THIS IS THE ALTCOIN WHALES ARE BUYING RIGHT NOW!!! | DOGECOIN, LIDO, AND RENDER TOKEN
Video: THE LATEST REVELATION ON THE NEWEST CRYPTO SPACE!!! | CRYPTO