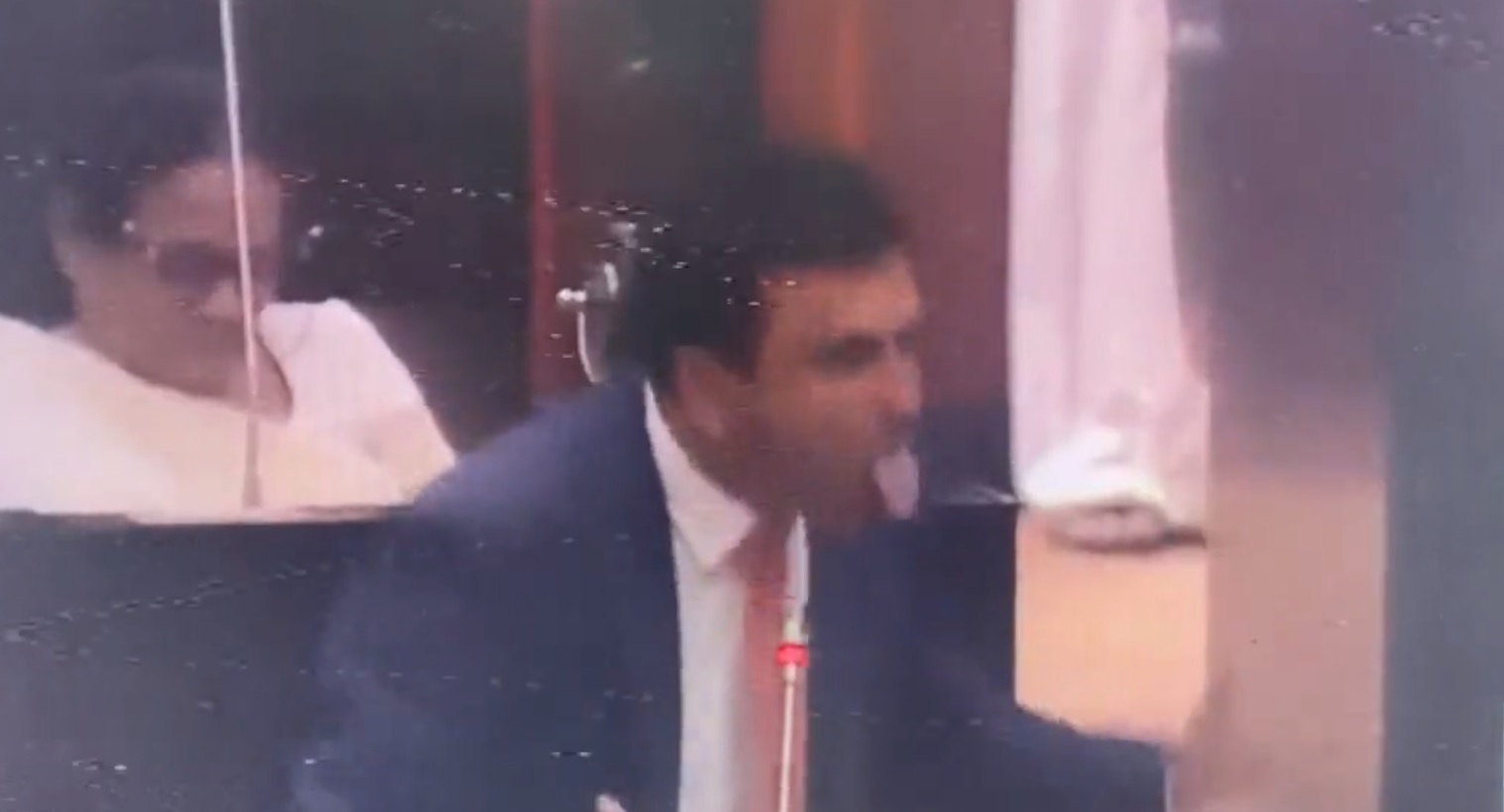 Government MPs raised concerns over some of the comments made by the MP towards State Minister Diana Gamage.

Parliament cameras captured MP Nalin Bandara gesture towards State Minister Diana Gamaga just before the vote on the 3rd reading of the budget.

MP Kokila Gunawardena said that such behaviour should not be permitted in Parliament.

She said that the SJB MP behaved in a manner degrading towards women.

Deputy Speaker Ajith Rajapakse said that he will inform Speaker Mahinda Yapa Abeywardena to look into the matter. (Colombo Gazette)