Subscribe our Newsletter and receive great deals
My Location: 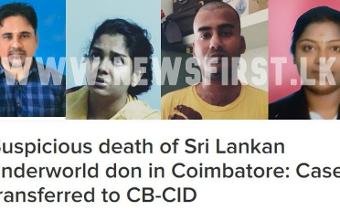 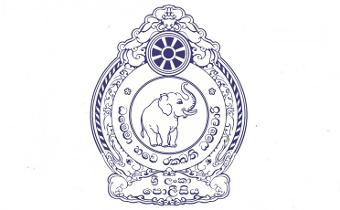 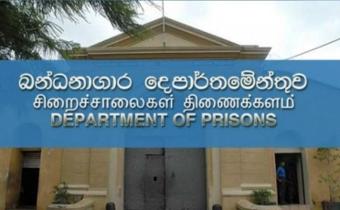 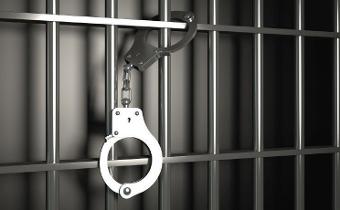 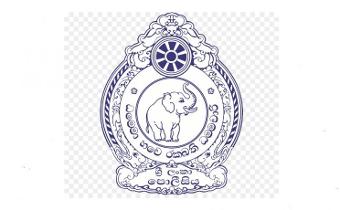 Assets of PNB officers involved in drug trafficking to be seized.
STF deployed to hot spots to ensure no violence
Aug 4, 2020 5:56:49 AM- colombogazette.com
By Indika Sri Aravinda The Police Special Task Force (STF) has been deployed to areas identified as ‘hot spots’ during the Parliamentary Election to ensure there is no violence. The National Election Commission said that while they do not anticipate any violence, the Police had been requested to deploy the STF as a precautionary measure. […]
Court rejects bail for 13 PNB officers arrested on drug trafficking charges
Aug 4, 2020 5:55:17 AM- newsfirst.lk
Colombo (News 1st); An application for bail made on behalf of the 13 Police Narcotic Bureau officers arrested and remanded on the charges of drug trafficking and selling heroin & ICE seized in drug raids to traffickers, was rejected by Colombo Chief Magistrate Lanka Jayaratne on Tuesday (04). The Colombo Chief Magistrate ordered the 13 suspects […] Court rejects bail for 13 PNB officers...
Seven Indian Police teams probing death of underworld don “Angoda Lokka”
Aug 4, 2020 4:35:03 AM- newsfirst.lk

Coimbatore (News 1st); Seven special teams have been formed to conduct investigations into the death of Sri Lankan underworld don “Angoda Lokka”, CB-CID inspector general of police K Shankar said on Tuesday, according to the Times of India. “We started the investigation today. OH Raju, DSP, has been appointed as the investigation officer. We would […] Seven Indian Police t...
Police officers provided with firearms not to brush teeth  EC chief
Aug 4, 2020 4:57:25 AM- adaderana.lk
There is absolutely no chance for anyone to commit any fraudulent acts during the election period, says the Chairman of the Election Commission Mahinda Deshapriya.
Asian monitors to assess conduct of polls in Sri Lanka
Aug 4, 2020 4:46:40 AM- colombogazette.com
The Asian Network for Free Elections (ANFREL) is to assess the conduct of the Parliamentary Election in Sri Lanka, South Asia’s first major elections since the start of the COVID-19 pandemic. On August 5, over 16 million Sri Lankan voters are invited to cast their ballots in the election, initially scheduled for April 25. On […]
COVID-19- Seven new recoveries take total to 2,524
Aug 4, 2020 4:03:42 AM- adaderana.lk
Seven more patients who were under medical care for COVID-19 have been discharged from hospitals upon returning to health, the Ministry of Health said.
Entertainment
Modelling It Right
Rita Ora Cast In '50 Shades Of Grey' Film
Beyoncé Crowned Most Searched Celebrity In 2013
More Tributes For Paul Walker Flood Twitter
Kate Moss And Harry Styles Honoured At The 2013 British Fashion Awards
More>>
Technology
Where should I put Alexa? The best rooms in your house for your Amazon Echo - CNET
2020 Volkswagen Jetta review: Spacious and mature, but hardly exciting - Roadshow
2020 Toyota Tacoma TRD Off-Road: Ready and willing to get dirty - Roadshow
More>>
Business
Sri Lanka Coronavirus Recovered
Sri Lanka Coronavirus Deaths
Sri Lanka Coronavirus Cases
Sri Lanka Cpi Housing Utilities
Sancharaka Udawa 2018
Braving the heat waveâ¦
More>>
Can vote even without polling card - EC
Aug 4, 2020 3:52:38 AM- adaderana.lk
Voters who have not yet received their official polling card will be able to obtain them from the respective post offices today (04) and tomorrow (05), the Postal Department said.
Pistols discovered in Mt. Lavinia belong to drug trafficking PNB officers; Police
Aug 4, 2020 3:51:53 AM- newsfirst.lk

Colombo (News 1st);  Sri Lanka Police said the 04 pistols and 08 magazines discovered in a small jungle area in Mount Lavinia by the Colombo Crimes Division are believed to be those used by the Police Narcotic Bureau officers who are currently in remand custody. Preliminary investigations revealed the 04 state-of-the-art weapons were imported to the […] Pistols discovered in Mt. Lavinia bel...
Special Protection for Prison Officers – Department of Prisons
Aug 4, 2020 3:30:31 AM- newsfirst.lk

Colombo (News 1st); Special Protection is to be given to prison officers who were threatened with death. The Department of Prisons said 03 Three Senior Officers, as well as the Superintendents of the Boossa, Angunukolapelessa, Negombo, and Colombo Remand Prisons, will be given special security details. The Special Protection Program will be implemented by Prison Intelligence, […] Special Pr...
Another Police Officer arrested in firearms case involving Vass Gunawardena
Aug 4, 2020 3:08:25 AM- newsfirst.lk

Colombo (News 1st); The Colombo Crimes Division arrested a Police Officer on the charges of preparing false evidence regarding a case filed with the court. Sri Lanka Police said the suspect was arrested for providing false evidence to produce firearms to court with regard to a case filed against Ex-DIG Vass Gunawardena in 2014. The […] Another Police Officer arrested in firearms case involv...
13 Police Narcotic Bureau officers further remanded
Aug 4, 2020 3:19:21 AM- onlanka.com
The 13 Police Narcotic Bureau (PNB) officers who were arrested for their alleged involvement in drug trafficking have been further remanded until August 18 by the Colombo Chief Magistrate’s... Click on the headline to read the full story
Curfew in Kashmir as protesters plan ‘black day’
Aug 4, 2020 4:02:36 AM- colombogazette.com
Curfew has been imposed in Indian-administered Kashmir in anticipation of protests ahead of 5 August – the day the government stripped the region of its special status. Officials say the curfew is meant to prevent violence by groups planning to observe 5 August as “black day”. They said mass gatherings were also not allowed because […]
Spain’s embattled ex-King Juan Carlos leaves country
Aug 4, 2020 3:55:19 AM- colombogazette.com
Spain’s former King Juan Carlos has left the country for an unknown destination, weeks after he was linked to an inquiry into alleged corruption. Juan Carlos, 82, announced the move on Monday in a letter to his son, Felipe, to whom he handed power six years ago. He said he would be available if prosecutors […]
One in 5 people in Sri Lanka will be above 60 years by 2030
Aug 4, 2020 3:52:06 AM- colombogazette.com
It is estimated that by 2030, 1 in 5 people in Sri Lanka will be above the age of 60, with women making up the majority as they on average outlive their male counterparts, the United Nations Population Fund (UNFPA) in Sri Lanka said today. UNFPA also said that in Sri Lanka, sexual and reproductive […]
No “Prosperity & Splendour” Without Equity & Justice
Aug 4, 2020 2:34:03 AM- colombotelegraph.com

[…] The post No “Prosperity & Splendour” Without Equity & Justice appeared first on Colombo Telegraph.
Chairperson of Human Rights Commission resigns
Aug 4, 2020 3:10:03 AM- adaderana.lk
Chairperson of the Human Rights Commission of Sri Lanka (HRCSL) Dr. Deepika Udagama tendered her resignation from the post.
Thirteen PNB officers further remanded
Aug 4, 2020 2:31:33 AM- adaderana.lk
The thirteen officers of the Police Narcotics Bureau (PNB) who were arrested for their alleged links with drug dealers have been further remanded.
Negombo SP Sampayo contradicts police statement on his arrest
Aug 4, 2020 2:22:33 AM- adaderana.lk
Interdicted Superintendent (SP) of the Negombo Prison Anuruddha Sampayo who is currently under remand custody is to be produced before Negombo Magistrate s Court today (04).
Disproportionate Effects of Covid-19 on Sri Lankan Women
Aug 4, 2020 8:09:05 AM- groundviews.org
Cartoon courtesy Vasuki Jeyasankar Sri Lanka has not been immune to the ravaging effects of the novel coronavirus, which emerged late last year and has affected millions worldwide. For the many struggling...
Sub-Inspector arrested over involvement in evidence fabrication
Aug 4, 2020 3:12:20 AM- onlanka.com
Another police officer has been arrested for his alleged involvement in former Director of the Criminal Investigation Department (CID) Shani Abeysekara’s forging of evidence pertaining to a firearms... Click on the headline to read the full story
Drug smuggling cat found inside prison
Aug 4, 2020 3:04:01 AM- colombogazette.com
By Vyshnavy Velrajh A cat that was seized while attempting to smuggle in heroin into the Welikada prison last Saturday (01) has been found. Commissioner (Operations) of the Department of Prisons Chandana Ekanayake told the Colombo Gazette that the cat was found roaming freely within the prison premises. The cat was captured by prison officials […]
Assets of PNB officers involved in drug trafficking to be seized.
Aug 4, 2020 1:52:58 AM- newsfirst.lk

Colombo (News 1st); Sri Lanka Police said a decision was made to confiscate the assets of the Police Narcotic Bureau Officers involved in trafficking drugs. Police said the property acquired by the suspect officers from money generated through drug trafficking will be confiscated as per the provisions of the Prevention of Money Laundering Act. Sri Lanka […] Assets of PNB officers involved i...
Violence and Abuse Deter Women From Entering Politics
Aug 4, 2020 6:17:02 AM- groundviews.org
Photo courtesy of daily mirror.lk In a country that produced the world’s first female head of state 60 years ago and has since seen the election of a female as its executive president,...
Cop arrested over probe linked to Shani Abeysekera
Aug 4, 2020 1:09:34 AM- colombogazette.com
A Police Sub- Inspector (SI) has been arrested by the Colombo Crimes Division (CCD) for his alleged involvement in the case filed against former CID Director Shani Abeysekera on charges of fabricating evidence. Abeysekera was arrested by the CCD last week and was remanded till 07 August after being produced before the Gampaha Magistrate. He […]
Two garment factory employees killed in Matara accident
Aug 4, 2020 12:29:34 AM- colombogazette.com
Two women have died following a motor accident in Matara this morning. The Police said the accident had occurred when a van and a private bus had collided in the Aparekka area in Matara. Two female garment factory employees who were traveling in the van had reportedly died after being admitted to the Matara Hospital. […]
Another SI arrested over involvement in evidence fabrication
Aug 4, 2020 1:00:49 AM- adaderana.lk
Another Sub Inspector (SI) has been placed under arrest for his alleged involvement in former Director of the Criminal Investigation Department (CID) Shani Abeysekara s forging of evidence pertaining to a firearms case.
Indian Police confirm Angoda Lokka’s death
Aug 4, 2020 12:08:10 AM- onlanka.com
Coimbatore police on Sunday confirmed the death, in the city, of Sri Lanka’s underworld kingpin Angoda Lokka. One man and two women, including a Sri Lankan national, were arrested for allegedly... Click on the headline to read the full story