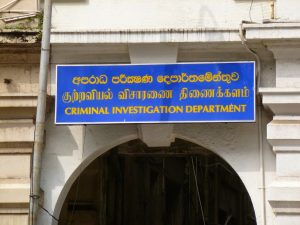 The head of the Criminal Investigations Department (CID), Deputy Inspector General (DIG) of Police W. Thilakaratne, has been transferred.

It was reported that he had requested for the transfer.

The DIG in charge of Nuwara Eliya, Prasad Ranasinghe is expected to be appointed as the new DIG of the CID.

W. Thilakaratne was appointed as the DIG of the CID in October last year. (Colombo Gazette)